OSAM-1: the future of satellite remote servicing and repair 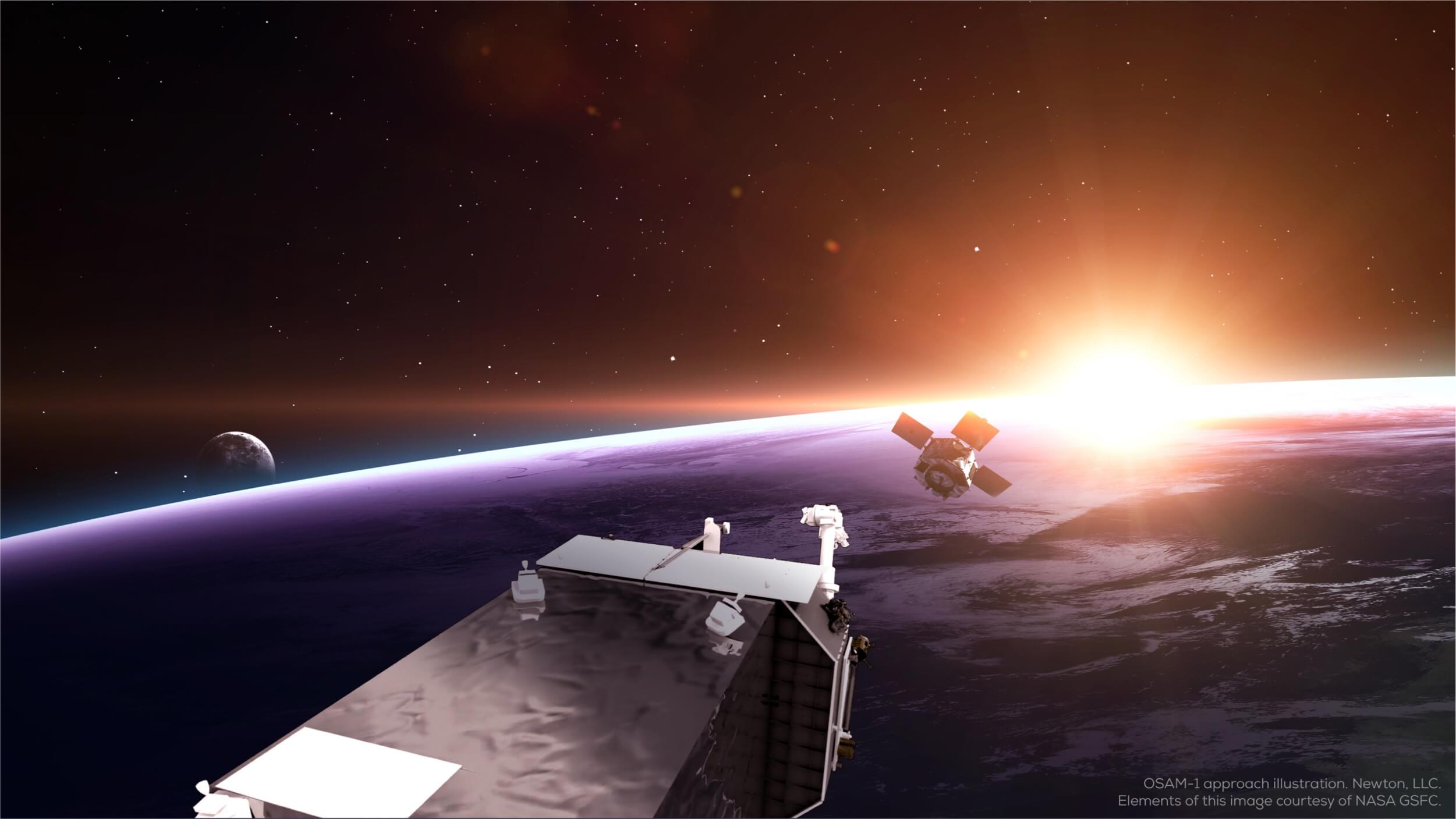 Building the basis of in-orbit spacecraft assistance and manufacturing

In the void of space, a satellite approaches the end of its fuel supply.

It is alone, surrounded by extreme distances, subject to the aggressive temperatures and conditions of its environment as it fades.

The satellite has been orbiting the earth for years, conducting ultraviolet and infrared spectrophotometry to help uncover the mysteries of our atmospheric cycles. The data it’s provided has been vital for our understanding of climate formation. And as it approaches a state of closure, its mission team is eagerly faced with an unexpected challenge.

The craft is being considered for a new set of experiments that its instruments are perfectly suited for at a different location. But telemetry shows the satellite’s monopropellant hydrazine fuel reserves aren’t enough to send it where it needs to go. And the housing of one of its optical sensors could benefit from maintenance.

How could its lifespan be expanded, further enhancing the mission’s achievements, and optimizing its value and ROI?

The answer is OSAM-1

Short for On-orbit Servicing, Assembly, and Manufacturing, OSAM-1 is a robotic, remote operated spacecraft that will service, maintain, and extend the life and capabilities of any satellite on orbit - even if it’s original specifications never considered it.

OSAM-1 is equipped with highly advanced tools and technologies designed to reach objectives on orbit. There, it will grasp and secure them; then service, refuel, and relocate them as needed, sending them on their way.

OSAM will provide a new degree of efficiency for managing satellite fleets and obtaining even more value from their initial investments.

The mission has massive potential. Core elements of it are now part of NASA’s Journey to Mars. Its capabilities can help diminish the problem of orbital debris. And through technology transfer to the private sector, OSAM-1 has the potential to kick off a new industry of in-orbit satellite servicing and repair as the aerospace sector continues to grow. 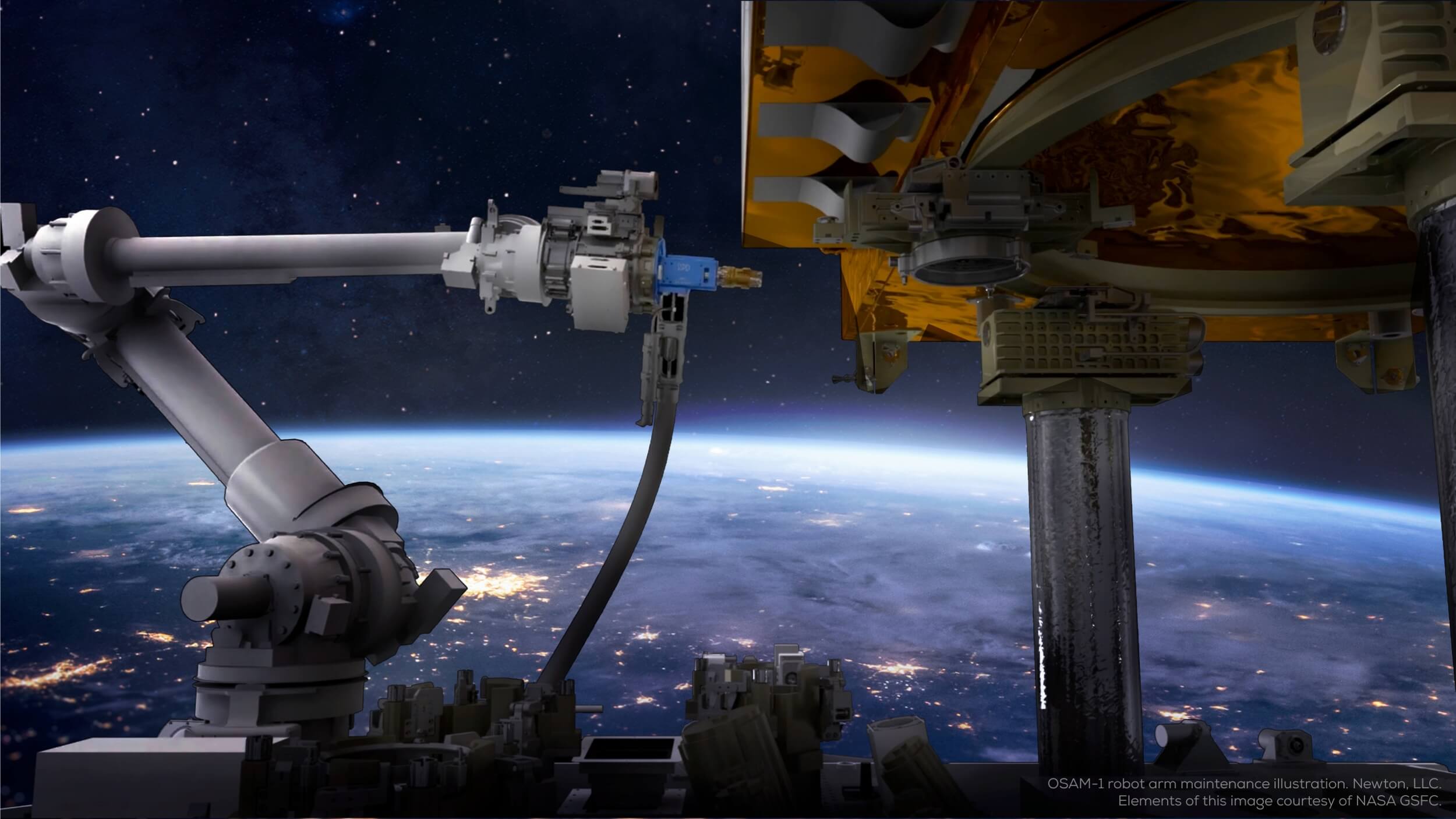 OSAM-1 maintenance in action - in view, OSAM-1's robotic arms tend to a secured satellite for repairs.

In the beginning, there was Restore-L

On April 2020, the mission formerly known as Restore-L became OSAM-1.

Restore-L was named to emphasize its objective of servicing orbiting satellites and restoring them to their original capabilities. But as its mission scope and inherent abilities grew, NASA selected a new, more encompassing name that would better represent it. The On-orbit Servicing, Assembly, and Manufacturing mission was born, and Restore-L became OSAM-1.

OSAM-1 is the world’s first satellite servicing, assembly, refueling, and manufacturing mission for in-orbit objectives. By demonstrating key operational technologies in a series of pioneering feats, it will pave the way for the future of satellite maintenance and extended aerospace mission lifespans. It represents a tremendous effort from NASA and a coordinated team of over 500 specialists and organizations.

And Newton Engineering & Product Development is proud to be a part of it from the start.

How will OSAM-1 work?

Designed at Goddard Space Flight Center (GSFC) and NASA’s Exploration & In-Space Services (NEXIS), it showcases an evolution of robust robotic technologies from multiple missions forged and condensed into the multiple innovations of its key servicing components.

OSAM-1 is both an autonomous and remote-controlled spacecraft. It is equipped with 5 distinct servicing technologies that enable its purpose:

And capping its payload is a SPIDER - the Space Infrastructure Dexterous Robot that will demonstrate OSAM’s manufacturing capabilities of large craft components and structures in space.

OSAM’s SPIDER includes an additional lightweight 16-foot (5 meter) robotic arm and systems that brings its total count to three. It will manufacture and assemble both a functioning 9-foot (3-meter) Ka-band communications antenna from seven carried elements, and a 32-foot (10 meter) light composite beam. And its potential applications will empower a new era of exploration and discovery as OSAM heralds the advent of in-space construction, robotic assistance to astronaut extravehicular and manual activity, and reducing volume limits imposed by rockets.

As part of the OSAM mission, Newton Engineering & Product Development coordinates the design for integration and positioning of all subsystems on the servicing payload.

Led by engineers Corey Crawford and Shannon Wilks, our team is thrilled to contribute with the top-level CAD of OSAM’s main maintenance and repair structure that will accommodate its sophisticated tool payload; as well as OSAM’s robot arm design; gear motor testing and integration; design and assembly of robot arm testing models; and final integration of OSAM’s robot arms to its core structure.

OSAM and the future

As its name suggests, OSAM-1 is the first of multiple planned missions, and the foundation of the OSAM future. It will be followed by OSAM-2, a mission formerly known as Archinaut, in its technology maturing and demonstration objectives that will push remote and automated servicing and manufacturing operations in space into the future.

And in a future series of updates, we’ll delve deeper into the developments of each, as the OSAM mission passes key milestones and moves forward. Stay tuned! 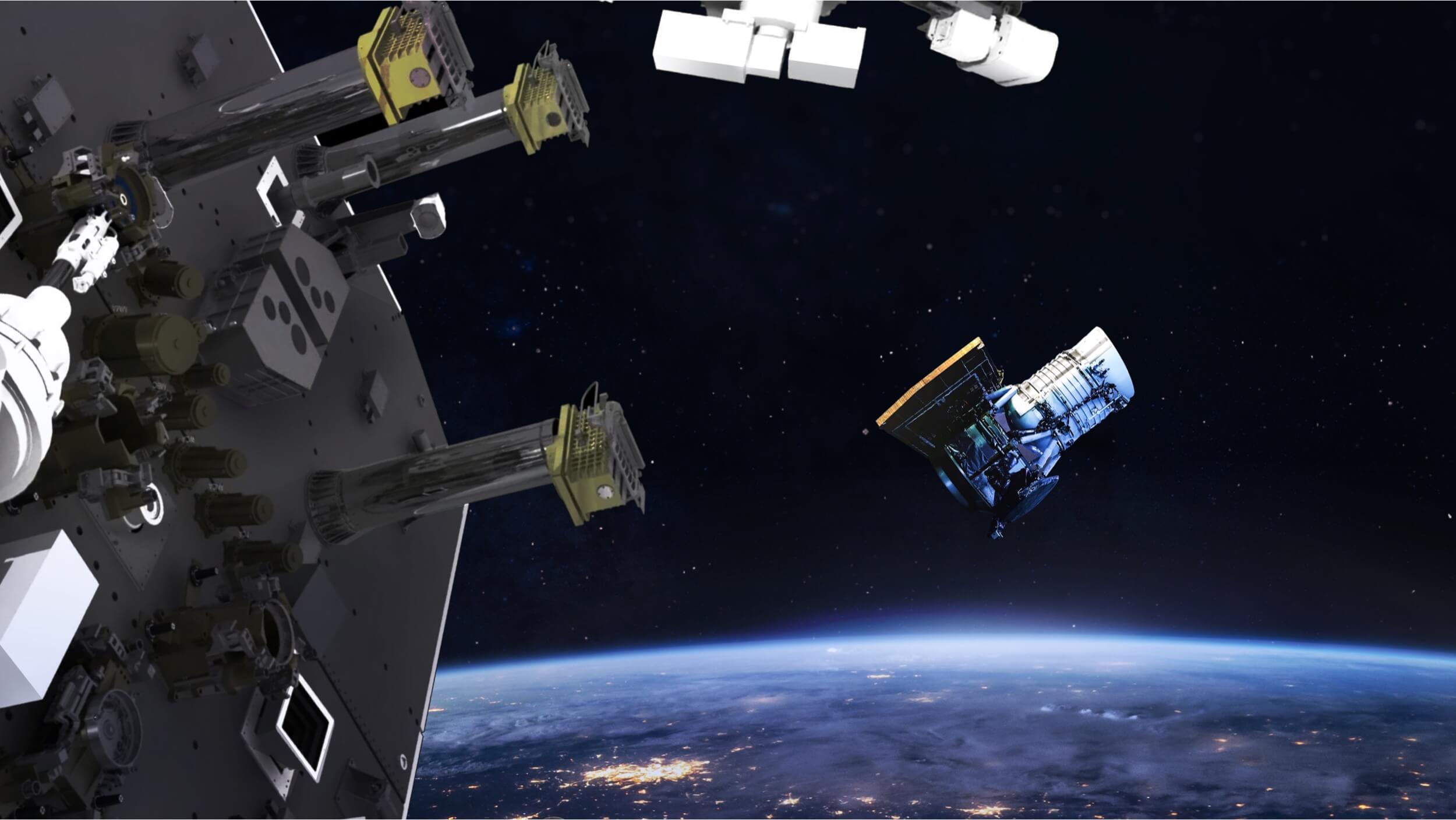